Before You Buy a New Camera Read This

If you’ve stumbled on this blog for the first time let me introduce myself. I’m Olie Moss and I have a little company called Olie’s Images. I specialize in team roping, barrel racing, and breakaway photos as well as a few others. I’ve been in business since July 2014. I started with a basic camera and lens kit. Since then, however, I’ve grown my company to cover the western US shooting some of the best events in the business. I’ve gone through many of the same growing pains as you are probably experiencing. If you’ve been shooting for a while now, you’ve probably already outgrown or simply worn out your first camera or two. We are constantly enticed to buy the sexy new camera body with more capability. Many of today’s cameras have crazy good high ISO capability. The D5 from Nikon, for example, is an absolute beast for capturing details at extremely high ISO. But, is that really what we want? Is ISO 102,400 or more really helping us? Before you buy a $5,500 camera read this. Maybe it's still what you want to do, or maybe there’s a better use for your money. Side note: I have two Canon 1DX Mark II’s and I LOVE THEM! So, I’m not hating on expensive cameras. I love them. :) 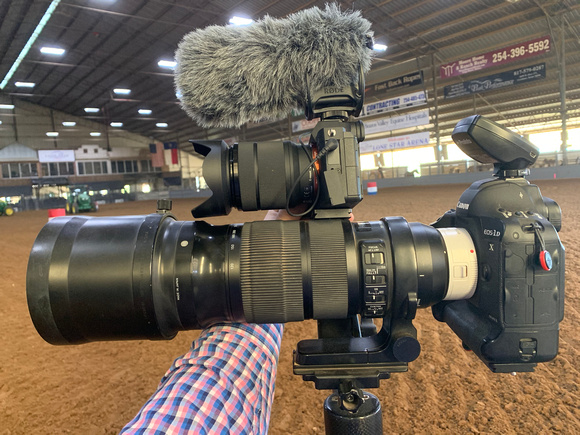 Many of us, myself included, have jumped in the rat race of buying the next best camera that comes out with even higher ISO because we “need” it. Sure, there are tons of other reasons to buy the latest flagship camera but that’s a discussion for another time. I started with a Canon 70D, it was terrible at ISO 4,000 and above (probably ISO 2000 if I’m behind honest). But I was needing to shoot at ISO 12,800 often. To counter that, I bought lenses but the fastest lenses I could get that would also zoom for the way I wanted to shoot were f/2.8. That’s pretty good but I was still shooting at ISO 8,000. Way over the camera’s capability. I upgraded pretty quickly to the 5D Mark III. That was certainly better but I soon wore it out (aka just wanted something new). I got the original 1DX before the Mark II came out. That was pretty good at ISO 8000 but there was still plenty to be desired. 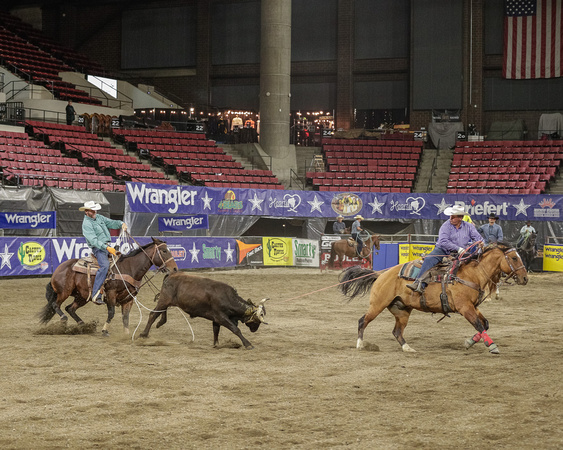 Sure, the images were properly exposed and there was some grain still but, I had spent a good chunk of money (about $11,000 for just one 5D and one 1DX). But, there wasn’t a significant difference in my images. They basically looked the same to the casual observer. The direction, quality, and quantity of light weren’t changing. I was still having to use shutter speed to freeze the action. I was still just getting the same shots that anyone else who walked up could get with a basic kit.

Changing the Quality and Direction of Light

In order to change the quality and direction of light we either need to remodel the building or bring in our own lights. There are two basic types of lights. Constant and flash. Constant lights are constantly on. Like the ones in the ceiling, these lights are often used for video work, not photos. For photos we really only need the light to be on during an exposure (when we push the button to take a picture). So, that’s why we use flash. Flash is a far brighter light than the constant lights generally are. Using strobes lets us shoot at a lower ISO but that’s not the only benefit. 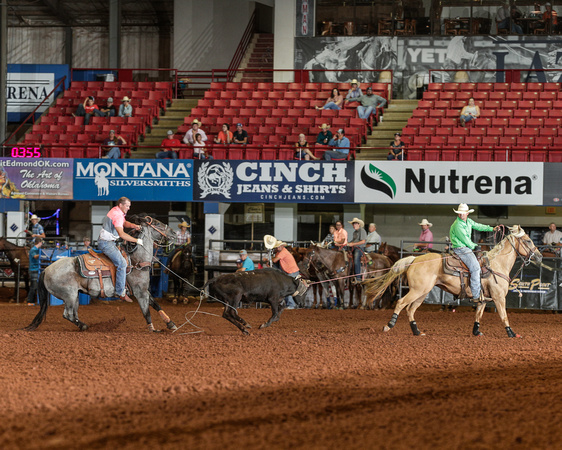 Strobed with quality and direction of light.

Why I Use Strobes

Strobes allow me to reduce the ISO, sure. But they also let me change the quality, quantity, and direction of light. First the direction. I mount the strobes (flashes) where I want the light to come from. Personally, I like the look of cross lighting my subjects so that the light rakes across the horses, riders, cattle, barrels, whatever my subject is. This creates shadows that define the subjects. Shadows are opposite the light source and help to give the images a sense of depth. This makes the subjects look like they are popping off the screen or print. Strobes also change the quality of light. Now, the light looks different as it hits the subject. I use the Profoto Zoom 2 reflectors because they create an even spread of light but are punchy enough to give that crispy look that I like. Quantity refers to the amount of light hitting the sensor. I’m using the Profoto D2 500ws lights. These are bright enough to overpower the sun in certain situations. They aren’t the brightest ones on the planet but they are the best ones for my goals. I’ve talked about them in other posts so I won’t go into detail here.

Simply put, strobes allow you creative control over the final look and feel of your images. Their short flash duration is what freezes the motion of the subjects, not shutter speed.

The Drawbacks of Using Strobes

The strobes I use are relatively expensive at first glance. But, if you compare to the brand that most of my peers use, you’d need 4-5 of brand X to come close to the specs of the Profoto D2’s. At that point, you are spending a few hundred dollars more and packing around 5 times as many strobes. I haul around 11 of the D2’s everywhere I go. If I had brand x, I’d need 55 of them to keep up. I’d need another trailer just to haul strobes. Another drawback is the time to set up and adjust them. With the D2’s, I just have to set them up. I adjust them from where I sit using the remote. With brand x, you’ll need to physically adjust the setting on the back of the light and make sure the receiver (sold separately) is turned on and has fresh batteries. Either way, strobes are worth it in my mind. You can’t simply buy a nice camera, turn up the ISO and call yourself the world's greatest photographer. LOL

Before you upgrade to the next camera body that hits the market make sure that you’re doing it for the right reasons. If you haven’t invested in strobes yet and experimented until you’ve found the best way to use them, then I think that should be your next purchase. Instead of spending $5,500 on a camera, you might want to save up a little bit longer and get three Profoto D2’s, an Air Remote, and at least a couple ways to mount the strobes safely. You’ll spend about $6,500 or so but that will get you started. I know it can seem daunting but if you buy them one at a time that might take the stress off. It will take a little bit more time but it’s worth it, I promise. No one really cares what camera body you use, or what brand of strobes you’ve got. But, they can tell in the final result.

I hope this information has been helpful to you. Click the link at the top to see the other gear I’m shooting with. Be sure to jump over to YouTube, I’m always updating that content as well.

I’ll see ya at the next one!

No comments posted.
Loading...
Welcome Video!Thank you for checking out OliesImages.com!