Flashes in the Arena

Do those flashing lights do anything?

I want to answer a couple of questions I get often. First, a question from customers and then a question from fellow photographers. I think it’s helpful to clear things up in a concise blog post such as this. These questions are related but they come from different points of view and base knowledge. For the rest of this post, I’ll refer to strobes. Strobes are the flashes that I use for photography. Strobes are normally found in a studio, my studio happens to be a huge arena. LOL Strobes fire a flash of light that can be very powerful, this is great for me since I’m lighting arenas. 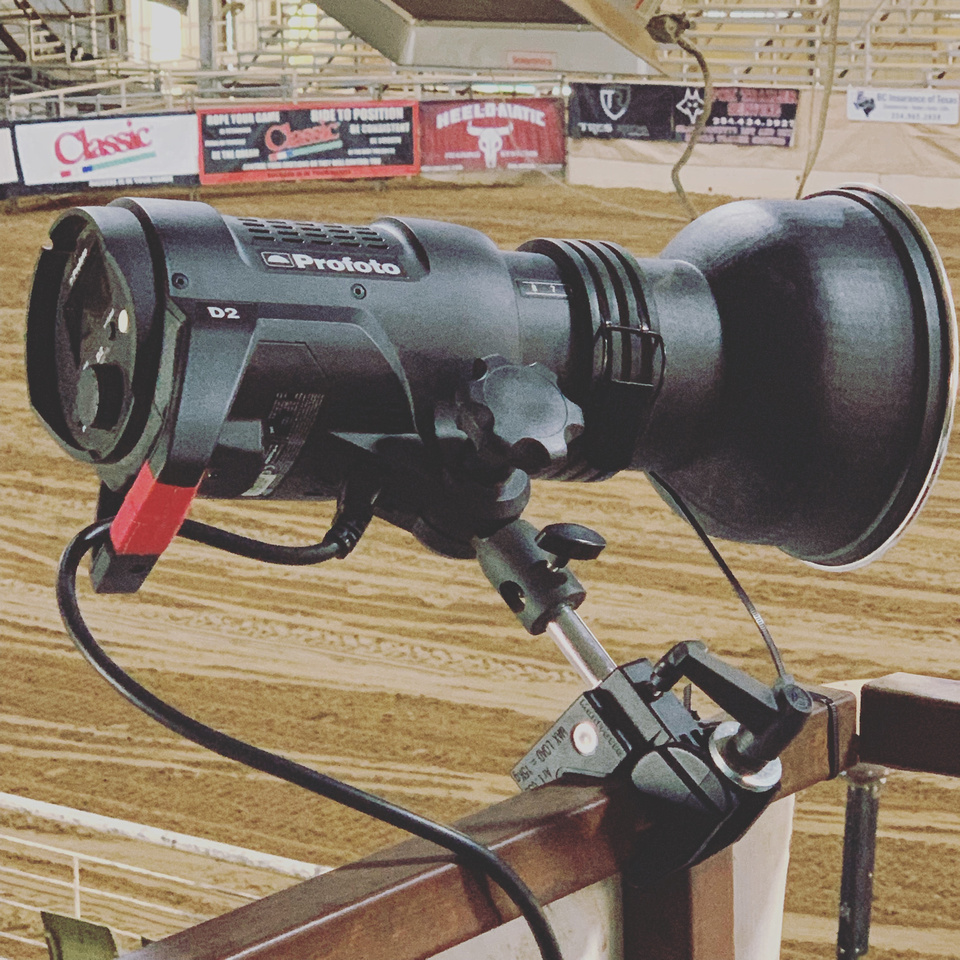 People often ask me why I put up strobes. They want to know if they actually do anything. I suppose this question comes about because of the strobes fire so fast that they are often hard to perceive to the naked eye. Because most people are probably only accustomed to the flash from their cell phone camera. That flash is really just a fast constant light and not really a flash per se. Also, there’s a related question that goes like this: “how do you get your camera to take a picture at the same time the lights flash?” The strobes do make a huge difference in the final photo. They actually do lots of things for me. Not only do they make an image brighter. That’s obvious I think. The strobes can change the quality and direction of light. Strobes actually will freeze the action that’s happening in the arena. They also allow me to reduce the ISO of my camera because they are so bright. That makes my images less noisy (grainy), while also increasing the dynamic range (the amount of detail from brightest areas to darkest areas, basically), and capturing better colors. Depending on the location, power output chosen, modifier used, and angle, a strobe can change the brightness ratio of the subject to background. You can see my post about the inverse square law for more about that. 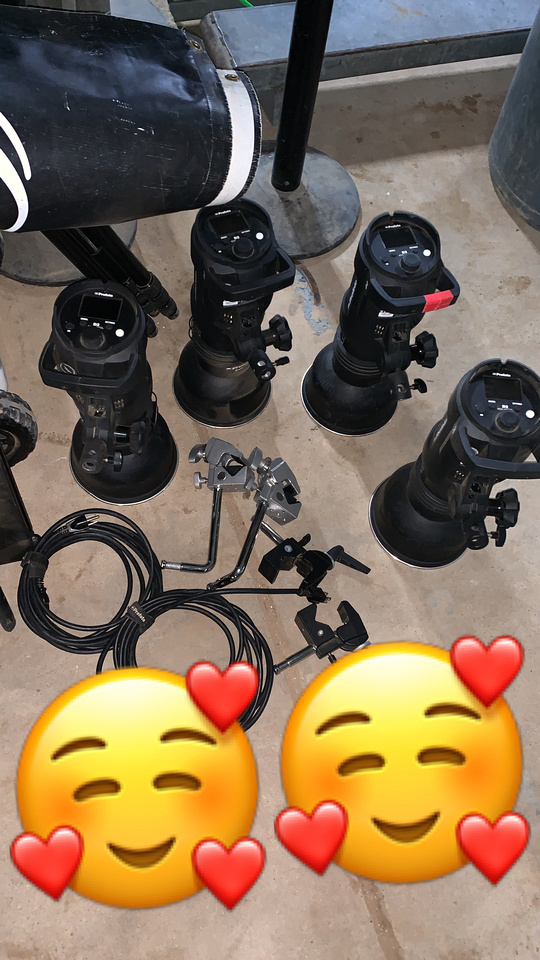 So, yea, the strobes do quite a bit for my photos. ;) They can do all this because they sync with my camera via radio trigger. Though there are other ways I can trigger them, I find that using the Profoto Air Remote is by far the best solution so far. The Air Remote sends a signal to the strobes to make a flash the moment I push the button to take a picture. Without getting too technical, there is a maximum shutter speed that they can sync too unless you use high-speed sync but for my purposes that doesn’t work. I use full manual 98% of the time. Nothing else works as well. So, I’ll set up my strobes to get the look I’m going for the day before the event starts. 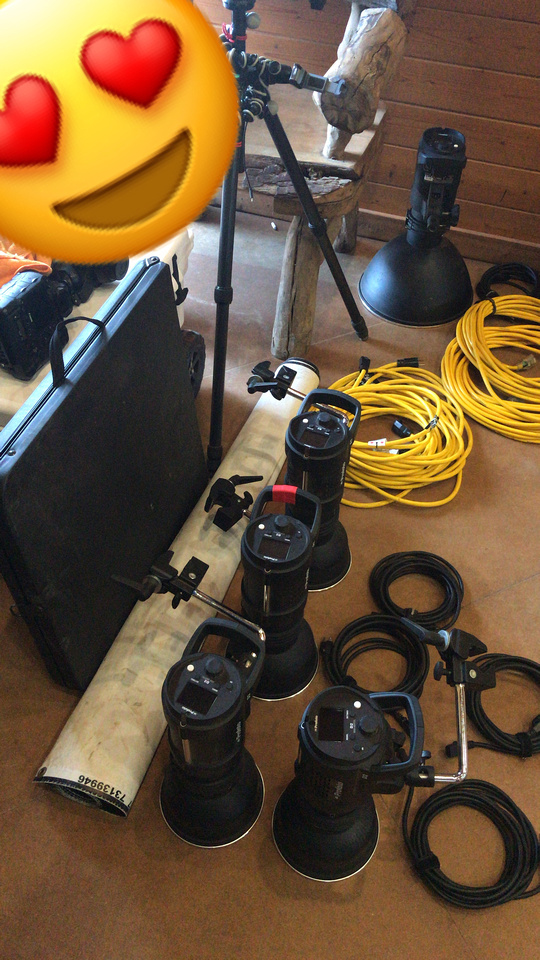 Fellow photographers will often ask me how I set up my strobes to get the look that my photos have. Although there is not a magic setting that works in all situations, there are some general guidelines to follow that will consistently get great results. The first thing you’ll want to do is place the strobes in a location that will get the look you’re going after. For example, I want the background to be slightly darker than my subject while also creating the most even light over a huge area. If interested, check out my post about inverse square law. Basically, I put my strobes as far away as possible. This way the fall off has minimal effect. I’m sorta doing a cross lighting situation where the strobes are located in a way that their light rakes across my subjects, this creates nice shadows that help define and give depth to subjects. I’ll usually set a row of key lights and one fill (for team roping). Check out the posts I’ve made about barrel racing and team roping arena lighting. The fill light can sometimes become a key light when the action gets closer to the fill light and further from the key light. Distance determines brightness all else being equal. 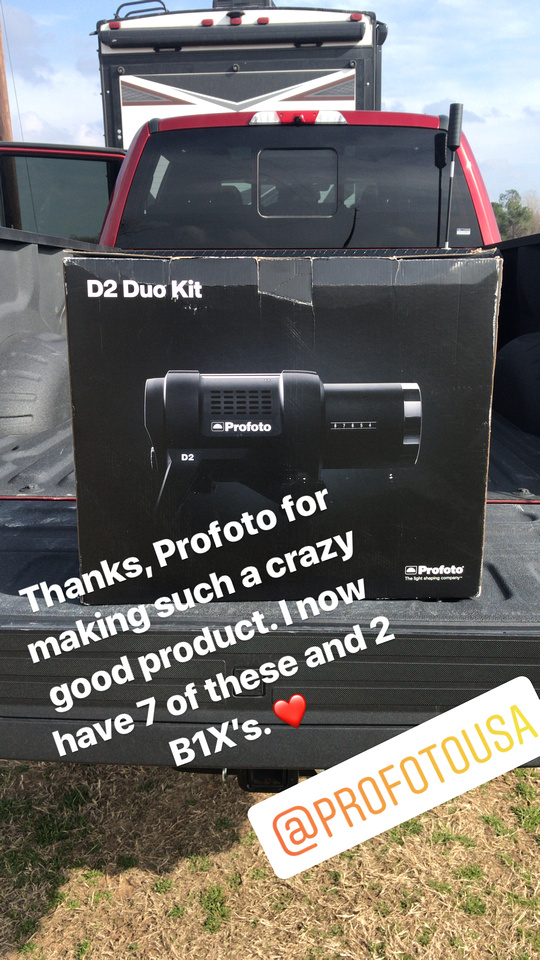 Once you’ve placed the strobes where they need to go and ran power to them, you’ll want to grab a camera and go to where you’re going to shoot from. I personally like to start without strobes. So, I turn off the remote trigger so the strobes don’t fire. I’ll then plug in the settings that I think should work. I know my max sync speed is 1/250th of a second on my 1DX2’s so that’s a given. I usually like to shoot at f/4 unless I’m trying to be creative then who knows. lol, The only thing left is the ISO. I do this last usually because I don’t care what it is set at so long as the aperture and shutter are where I want them. The ISO is just setting the overall brightness of my images. Knowing that I’m setting up the camera to use strobes is a little different than normal here. Instead of increasing the ISO until I get a properly exposed photo, I’m lowering the ISO until the resulting image is very dark. Generally, I shoot for 3-stops or more underexposed but it’s not always possible. I do this because I know that I’ll be adding strobes soon and they will be adjusted until proper brightness is achieved. As we discussed above, strobes do way more than that. For all the above to work out, the strobes must be the only light that is registered on the sensor. If you did the opposite and set the ISO for proper exposure then just turned the strobes on to fill the shadows or something, the action won’t be frozen, the color will be weird, the direction and quality of light will be weird, and action photography will be a challenge. That’s not to say there isn’t a time and place where you’ll want to mix the ambient light with strobes but in my case, that’s not what I want to do.

If there’s a situation where even at full power, I’m not able to get the exposure I want, then I’ll adjust the ISO. But remember, doing this will affect the ambient light as well as the light from the strobe. Be careful not to raise it too high. It’s better to pull the shadows a bit in post than have motion blur in your pics.

For team roping, I’ll get someone to help me by walking in the area for me to dial in my strobes. Because of the inverse square law, I’ll have my helper walk about 1/4 of the width of the arena off the fence on the inside of the arena. I’ll set my exposure to be about 1/3 overexposed because I know that I’ll be able to easily recover those highlights when they get too close to the fence. Setting my exposure there gives me the biggest sweet spot possible. However, barrel racing is a little different. Since I know roughly where the action will happen, I just need to set the ideal lighting for each barrel. I’ll have someone stand where I think the peak action is at each barrel and running home. This way I can craft the light to be the best it can be at each location.

Once we are done setting each group of strobes to the right power output, I’ll create a custom white balance. This ensures that my colors are accurate all weekend. In a studio with white walls, this step might not be necessary. But, the light from the strobes might be bouncing off all kinds of colors this altering it a little.

That’s it. You are ready to rock and roll.

No comments posted.
Loading...
Welcome Video!Thank you for checking out OliesImages.com!