I began shooting astrophotography, photos of the Milky Way, shortly after getting my first camera. At the time I had a Canon 70D and the kit lens an 18-55mm if I remember correctly. Not exactly the ideal equipment for the job. After my first few hundred shots, I realized that the gear I had wasn’t going to cut it. The maximum aperture on that lens was f/3.5. I could raise my ISO very high because it looked so miserable. My only choice was to set a really long exposure. Unfortunately, that camera is limited to 30-second exposures. My images were still coming out too dark. I bought an intervalometer so I could shoot longer exposures. I was having to boost the exposure in the computer too but I was getting star trails and not pinpoint stars. Also, anything in the foreground or the middle ground was black or silhouetted. Shaky and Star Trails LOLThis was so bad. But it was exciting at the time. 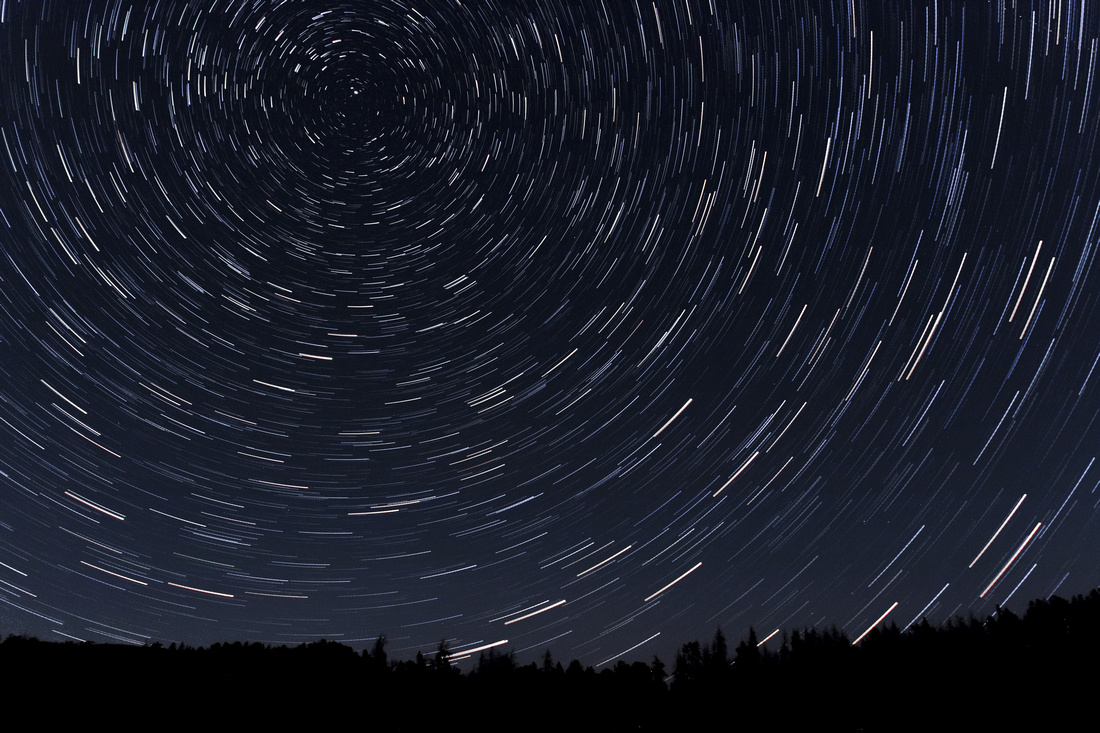 Star TrailsYou can see there's no details in the trees.

I knew something had to change. I was pushing this gear to its limit and still not achieving the results I was after. My first idea was to get more light into the camera. For that, I needed a larger aperture. Of course, money was tight since I was still in college. After some research and I found a 14mm lens that opened up to f/2.8. For about $300 this fully manual lens really got me a long way. I actually still own this lens as of this writing. This wasn’t the magic bullet I hoped for. This lens has a little coma which is basically a problem with low-quality optics where points of light become blobs of light. It also has too much distortion around the edges, though I didn’t notice till later. So, I don’t love this lens. 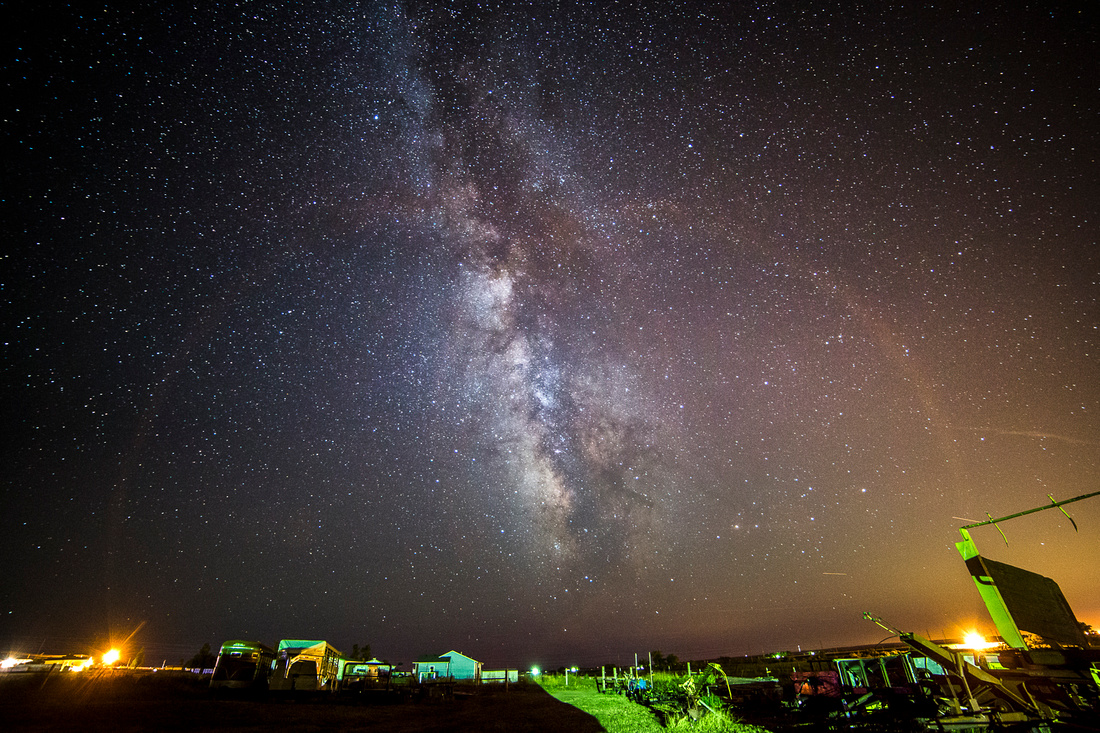 14mm f/2.8You can see how bad this looks. But the stars are actually just points of light.

Even though I was letting in way more light, it still wasn’t enough to get the shots I was after. I was able to increase my shutter speed enough to get starts as points of light, but the images were basically unusable at that high of an ISO. It wasn’t long before I could afford to upgrade to a full frame camera. I jumped onto the 5D series with the Mark III. This was a huge improvement. The larger sensor was much better at high ISO shooting. I could now shoot images with my 14mm f/2.8 where I was getting stars as points of light and my images were much cleaner. Cleaner refers to the amount of noise or grain that an image has in this case. But I still wasn’t happy, of course. 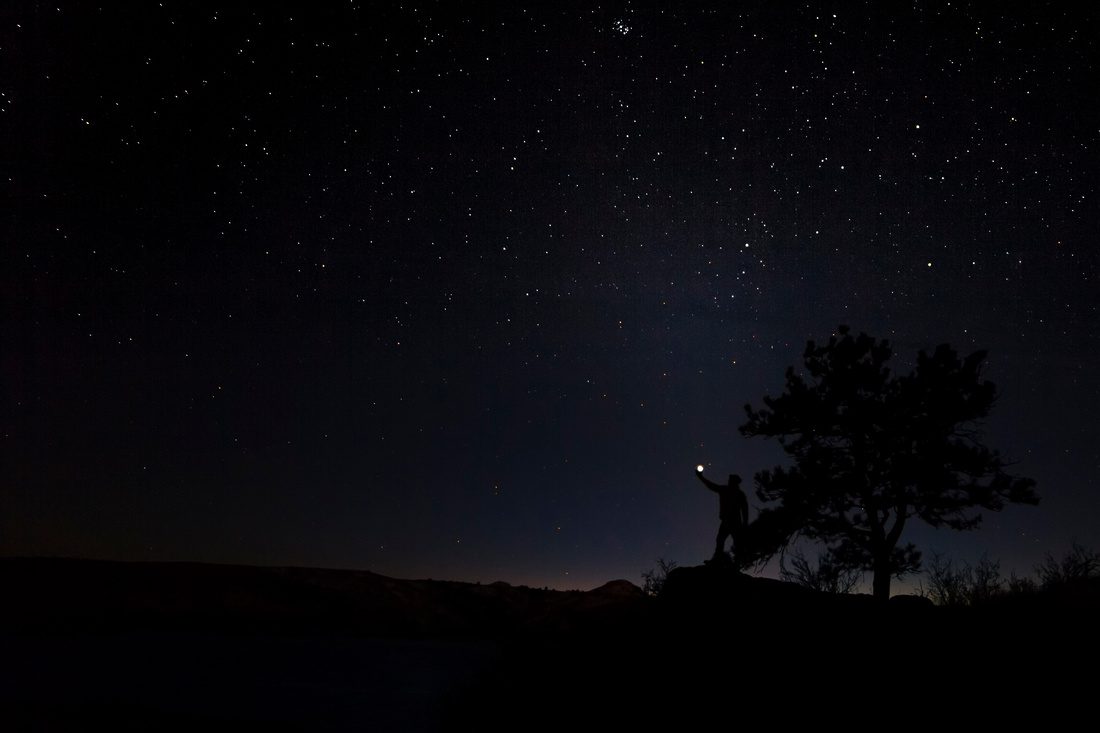 Mike Holding VenusWe had fun with the gear we had. Better than studying.

My next upgrade was another new lens. I had picked up the Canon 24-70mm f/2.8L Mark II for awards photos but since I had it, I might as well shoot some astrophotography with it. I brought it out and started popping off shots. I knew the settings would be the same because I was using the same camera with the same aperture but when I looked at the images on my computer, I was disappointed. The stars were no longer points of light. They were little trails. Ugh. That was frustrating. I soon learned why. The focal length changes how fast an object moves across your sensor. The longer (bigger mm) that the focal length is, the faster the shutter speed needs to be to freeze the action. You might not think there are very many actions with those stars but there is. The earth is spinning but since we are on the earth it appears the stars are spinning around us. I was shooting at 30 seconds with the 14mm but I realized that when I switched to 24mm that it was too long. I had to increase my ISO and increase my shutter speed. It was about this time when I found out that this could be calculated and that all I had to do was plug my camera sensor and focal length into an app called darkSkies. Not to be confused with Dark Sky the light pollution app that I’ll get to later. 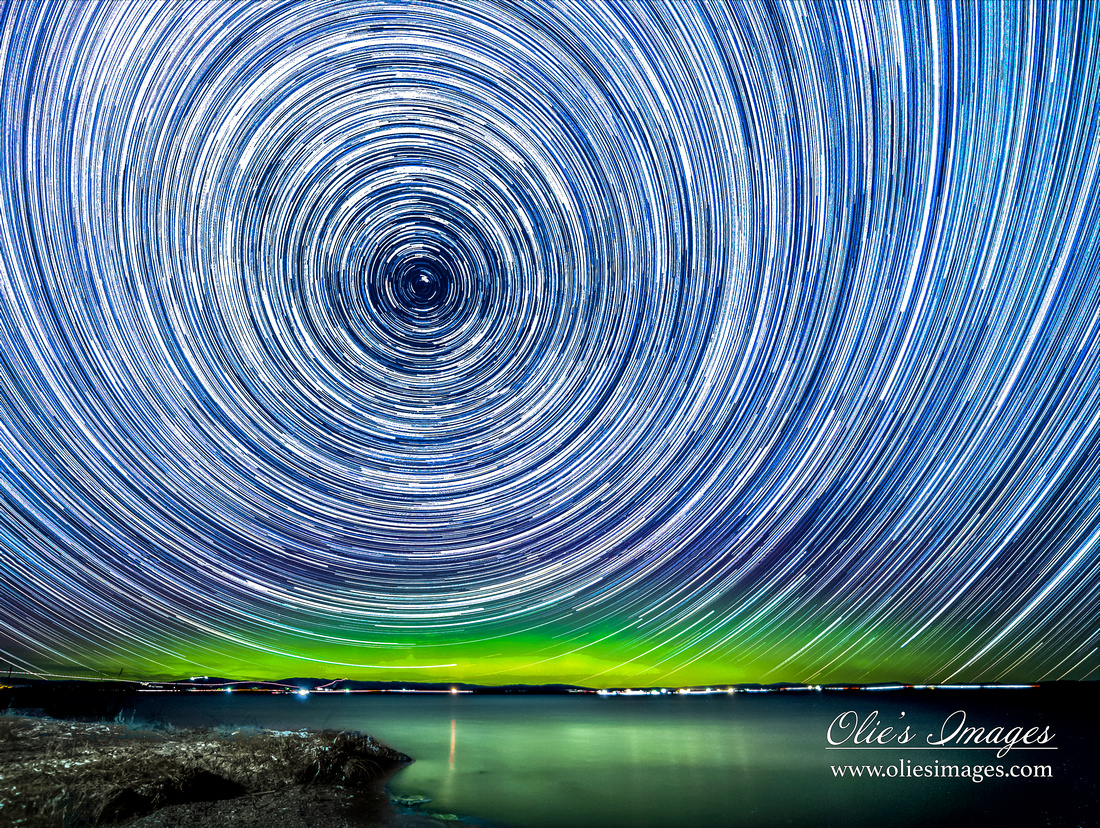 Ocean Lake Star TrailsEmbrace the star trails. And a Northern Lights too!

I’ve made a few other changes in gear since the early days. Though I’ll still shoot with the trusty 24-70mm f/2.8. I picked up the Sigma 20mm f/1.4 Art lens. It is wonderfully sharp and it lets in a crazy amount of light. I can reduce my ISO to get very clean images. I’ve also upgraded my camera body to a Canon 1DX Mark II. It’s a beast of a camera. It really isn’t necessary but it does make a noticeable improvement in the final outcome. It’s amazing at high ISO and it has great dynamic range. That combination makes everything else easier. Fisheye LensMy friends had headlamps in the trees and there's an airplane in the sky.

This setup works great but there is clearly room for improvement. I started to realize that there were certainly better times to shoot than others. It wasn’t just about having the best gear. It was knowing how to use as well as when and where to use it. I needed to figure out better ways of knowing when to shoot. I learned about a free program on my computer called Stellarium. It allows users to go to anywhere in the world at any time of night and see the night sky. This was handy to know when the Milky Way would be visible and what orientation it would be at. Later, I found a much better way of using PhotoPills for my phone but it does cost money. Each of these apps shows where the sun and moon are too. But I’ve found that using an app called MoonCalendar is much better for deciding to go out and shoot or not based on moon phase and location in the sky. For example, if there’s a new moon then there’s no problem, but if there’s a full moon then probably skip it unless it’s going to be setting or has already set. 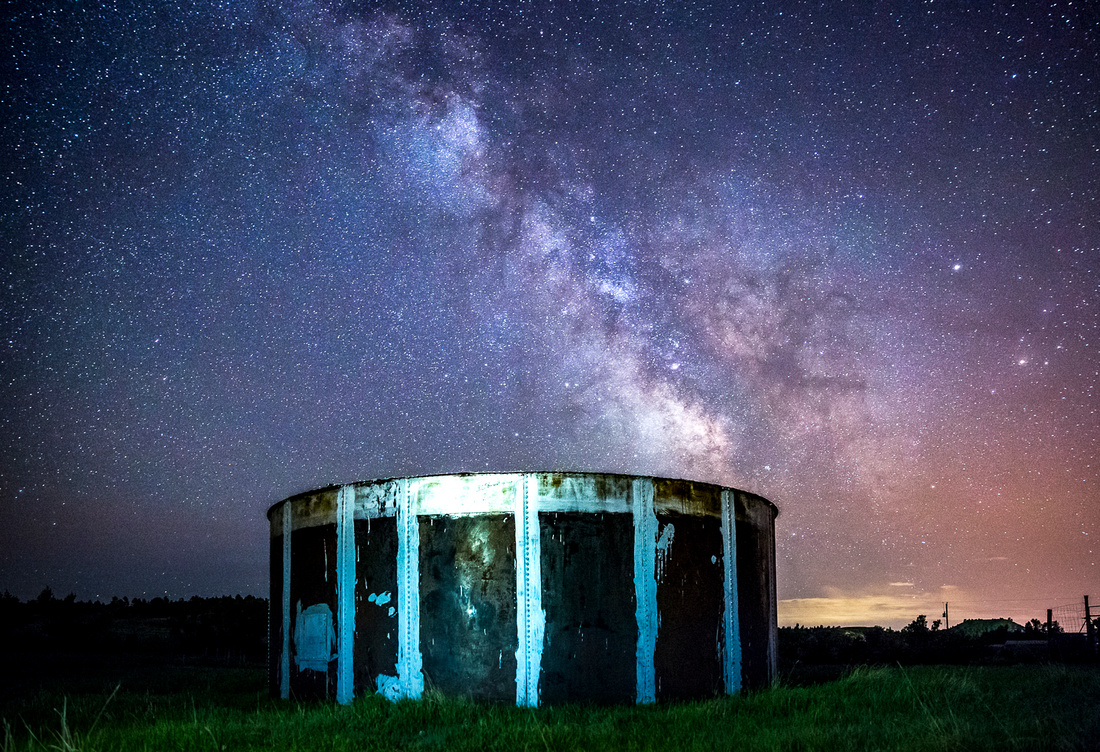 Thar's RanchGet the milky way to interact with a strong subject.

Once the stars literally align, the moon is where I want it, and the sun is hidden I’m all set to shoot, right? Wrong. So many times I’ve gone out and realized that it’s too cloudy or it looks nice but the wind picks up. There are so many things that are against you when you’re photographing nature. The weather can be tricky. Especially with basic weather reports on TV or popular apps. To get results that most others don’t get, you have to do things that most others don’t do. For the weather, I prefer to use weather.gov. I can narrow the report down to very small geolocations. It’s important to be specific here because normal weather reports are for nearby towns and cities. But when I’m shooting the Milky Way, I’m way out from the nearest town. I look at the charts and graphs for the percentage of cloud cover. Anything less than 30 percent is usually ok for me. Also, check the wind speed. Windy conditions will shake the camera which will ruin images because of the long exposure times involved here. I bring my carbon fiber tripod because carbon fiber doesn’t transfer vibration like other materials. Take note of the humidity level. High humidity can be like shooting through poor quality lenses. Your images will be distorted. I’ve told you about the gear and the weather. It’s time to get out there and capture some great shots! Great shots are more than the gear and the weather though. You’re gonna need a subject. The subject could be the Milky Way but I think you’ll soon get bored with that. Try putting your subject in your frame so it interacts with the Milky Way. Then add a foreground element that pulls viewers in. I am pretty much always shooting very wide angle photos of the Milky Way. Wide angle lenses lend themselves nicely to leading lines. Look for something long that points to your subject and get way close to it. You’ll notice that the end closest to the camera looks huge in the frame and the background looks tiny. You might need to use a method called “focus stacking” to get everything sharp but the results are worth it. TIpi on a Purple Milky WayStepping up my game.

Pro tip: Bring a friend or use the self-timer to step away from the camera. Then use a light source, like the flashlight on your phone, to “paint” light on your scene. This is called light painting and can be a really fun and creative way to shoot in the dark. 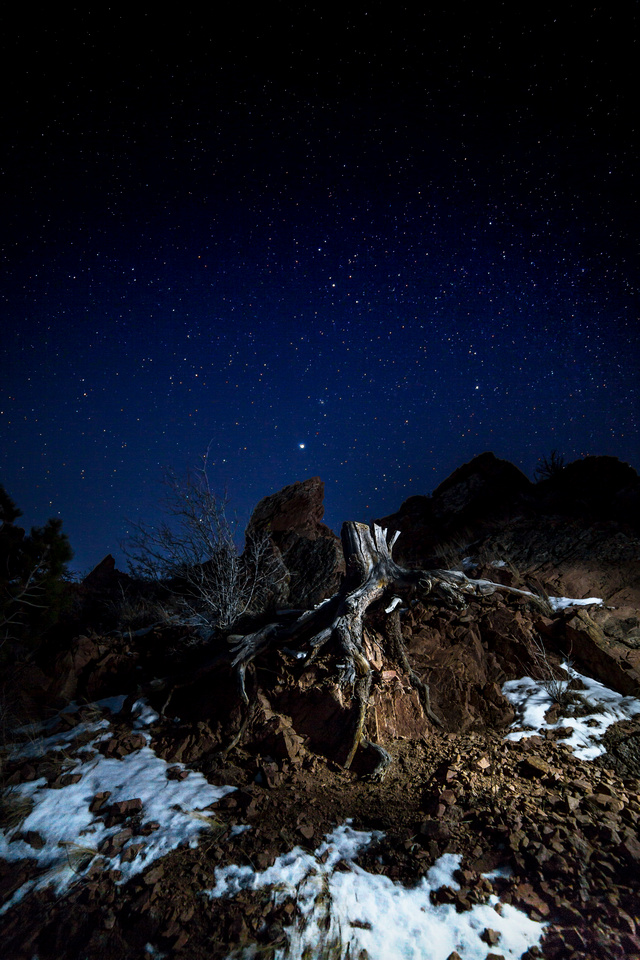 Light PaintingFirst try at light painting way back when.

Leave me a comment if you have any questions. :) 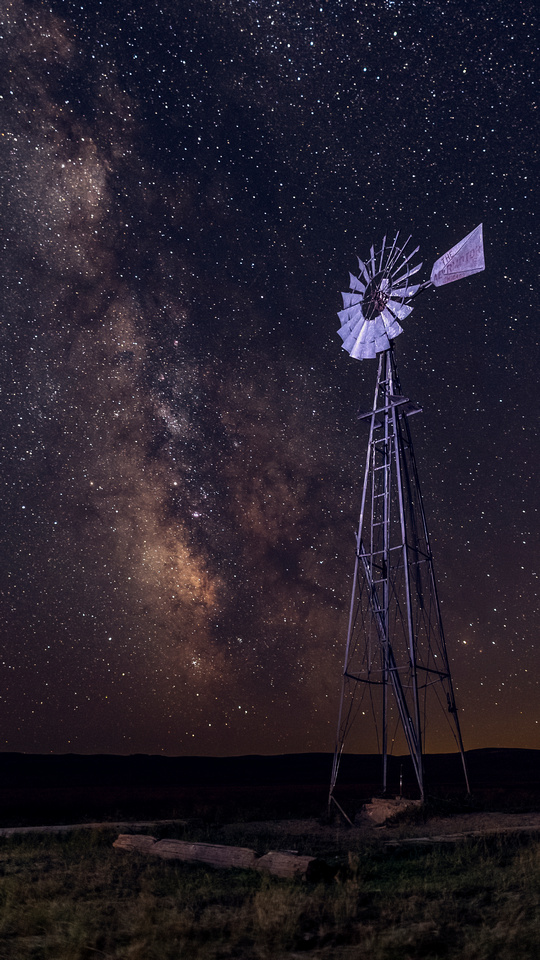 Dyschezia(non-registered)
Such kinds of astrophotos are hardly seen, I liked these all photos.
Noble Kutch(non-registered)
Appreciative for picking a strategy for how one can achieve Online Assignment Essay Help. One hire this http://www.grammerchecker.net/we-provide-you-with-best-grammar-checker-free/ for more info. As time goes on I can plot better undertakings later on.
Sally Bruen(non-registered)
Ashampoo is the mechanical get-together for such people who love to download shocking movies in the diminished size. Once visit http://www.paragraphchecker.com/correct-my-paragraph-online/ for more info. I'm downloading different sorts of films essentially through this arrangement.
Sally Bruen(non-registered)
The utilization of clinical maryjane has been gotten a handle on which is in every sober minded sense, outstanding. Click http://www.duplicatechecker.net/how-to-check-copyright-and-find-out-the-true-source-holder/ for more info. Starting at now supervisors would have the decision to unmistakably utilize Marijuana for the improvement of their patients.
Coretta84(non-registered)
Adding to a blog persuades understudies to look at specific issues and snippets of data. Students should visit http://www.copyrightchecker.net/do-you-need-to-use-a-copyright-detector/ for getting more ideas. It basically allows people to have their own tendency and attracts them to visit with for the most part hardly any necessities.
No comments posted.
Loading...
Welcome Video!Thank you for checking out OliesImages.com!